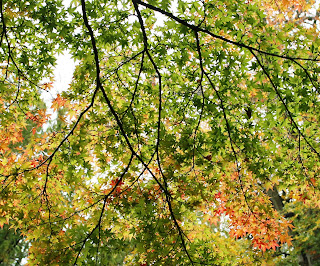 END_OF_DOCUMENT_TOKEN_TO_BE_REPLACED

Svalbard is a group of Norwegian islands located in the high Arctic and only 1,300 km from the North Pole. It is breathtakingly beautiful. The landscape is stark, unforgiving and wholly memorable. I visited these islands more than 16 years ago as part of a 6-week science expedition – I was part of a botanical group looking at the exceptionally low-growing Arctic Willow.
Memories of that place are still strong today. Its beauty and sense of isolation is unique. The humdrum of everyday life is simply stripped away here. You are left with the landscape, weather and incredible flora and fauna. Although life became simple, the vastness of the place was exhilarating and I felt totally and utterly free.

The Arctic is an ideal refuge for seeds

Within this unforgiving landscape, nestled deep within a mountainside, is a seed bank of global importance. It holds 12,000 years of agricultural history and contains the world’s largest collection of crop diversity.
The Global Seed Vault is the brainchild of renowned scientist Cary Fowler, a former executive director of the Global Crop Diversity Trust. It started as a simple idea back in the 1980s in the spirit of global collaboration, and finally came to fruition in 2008 when the building was completed. However, building the collection within is ongoing.
The facility currently holds about 850,000 different varieties of seed and acts as the back up for seed banks across the globe. This is a collection that is vastly important for food security and the safeguarding of crop diversity. Those 850,000 packets of seed represent more than 5,000 species and nearly half of the world’s most important food crops, from cereal and rice to unique varieties of legumes. The seed deposits come from over 60 different institutions and represent nearly every country in the world.
The chosen location of the global seed vault is an interesting story. It needed to be located somewhere safe from both potential natural disasters and human conflict. Svalbard itself is a safe place to store seed both in terms of physical and social factors. Svalbard’s remoteness ensures an extra layer of security, while its geological stability and location, 130m above sea level, means the vault would be safe even in the worst-case scenario of sea-level rise. The storage facility is buried 150m deep into the side of a mountain where there is no radiation and where humidity levels remain low. The mountain also acts as a natural freezer, reducing the facility’s reliance on mechanical refrigeration. The local infrastructure on Svalbard is also very good despite its remoteness – Svalbard is serviced by regular scheduled flights.
Svalbard itself is also politically very stable and military activity is prohibited in the region under the terms of the Treaty of Svalbard of 1920. The local government is highly competent and Norway has long been recognised as a key country in the international efforts to conserve Plant Genetic Resources for Food and Agriculture (PGRFA).

Building and running the vault

The Global Seed Vault is built to store up to 4.5 million different varieties of seed. Constructed to be highly functional, the rectangular edifice emerging from the side of the mountain is stark but architecturally beautiful. The structure is energy efficient; insulated by the mountainside, it maintains an ambient temperature of -7°C and therefore only needs a further temperature drop to -18°C to reach the recognised standard temperature for the storage of viable seed.
The vault was built and paid for by the Norwegian government to provide a service to the world community. The structure took 12 months to build and cost NOK 50 million (approximately £4.6 million). The facility runs as a partnership between the Government of Norway, the Nordic Genetic Resource Centre (NordGen) and the Global Crop Diversity Trust. Operations regarding the vault are administered and controlled by an international advisory council of experts representing the Food and Agriculture Organization of the United Nations (FAO), national gene banks, the Consultative Group on Agricultural Research (CGIAR) and the Governing Body of the International Treaty on Plant Genetic Resources for Food and Agriculture (ITPGRFA).

Some people are lucky enough to visit the seed vault on the rare occasions that you can gain access inside. I had to see the interior of the facility via a virtual tour.
The front entrance is understated, although to gain access you have to go through half a dozen locked doors, each requiring a different key. Although, security appears minimal, it’s not. The facility is under constant surveillance by Staatsbygg, the government of Norway’s property manager and developer;  security cameras and sensors are located throughout the building. There is some natural security, of course, as the roaming polar bears outside outnumber the human population of Svalbard.
From the entrance lobby, a 150m long tunnel extends into the mountain before reaching the three main storage chambers. At the moment, only one storage chamber is in use, in time the others will be filled as more seed varieties are deposited.
Seed is only deposited three times a year and this is the only time when the vault is opened.

On arrival to Svalbard, seed lots are x-rayed and taken to the vault by NordGen staff members. The seed boxes containing the seed, which have been carefully placed in 3-ply aluminium packages, are then wheeled by trolley to the main storage chamber within the vault. Each package will contain on average 500 seeds.
The seed lots are placed on simple metal shelving and are assigned bar codes to allow easy retrieval. They are catalogued using an information system called the Seed Portal of The Svalbard Seed Vault. This allows depositors to submit seed inventories and the general public to look at basic information about the seed that is stored within. Storage is free to depositors and they control access to the deposits. It is an International Black Box system, which ensures that only the depositor can access the raw seed and open the boxes.

The most recent seed deposits

Last year, the first tree seeds were deposited from Norway and Finland. In February, pine and spruce seed was taken to the vault for storage from the Norwegian Forest Seed Center and the Finnish gene reserves forests of Lappträsk and Puolango, and Filpula and Lovisa. This deposit provides a back-up in the event that global climate change, forest management techniques and other factors, such as pests and disease begin to compromise the genetic diversity of these forests. It is a method of conserving the existing genetic resources and enabling long-term monitoring of the genetic variation within these forests, including any changes that occur because of tree breeding. This long-term tree seed project involves the countries of Finland, Denmark, Sweden, Iceland and Norway.
The last deposit of seed was on 26th May 2016, with deposits from Germany, Thailand, New Zealand and the World Vegetable Center in Taiwan. Germany placed over 6,000 accessions into the vault of a number of different crop varieties, New Zealand deposited a number of varieties of sheep food including rye grass and white clover, Thailand deposited some 20 samples of very special chilli peppers and the World Vegetable Center deposited 1,200 seed lots from a number of different nations.

The importance of this seed vault is apparent; it ensures the survival of the world’s most important crop species. Some seed varieties within the depths of this safe haven can survive for up to 4,000 years. In terms of food security, that is long term planning for human agriculture.

Helen Roberts is a trained landscape architect with a background in plant sciences. She is a probationary member of the Garden Media Guild and a regular contributor to the University of Bristol Botanic Garden blog.

The Garden will reopen on September 18th. To book a ticket click here.